Welcome to our monthly update where we examine the average CPA (cost per acquisition) for Apple Search Ads campaigns across three segments  - Games, News and Sports as well as the overall CPA.

To recap from the last month, we calculated the mean CPA by summing the spend for the month and dividing that value by the total number of conversions for that month. We ran the analysis across the global campaigns that have been run on our own Blackbox Platform since June 2018. It is essential to bear in mind that this data does not present an analysis across the entirety of the Apple Search Ads portfolio.

As per last month, we are still seeing fluctuations in some categories as the popularity for running Search Ad campaigns increases and keyword bidding becomes more competitive in some categories more than others. On a final note, December represents the busiest month of the year regarding ad spend, and so we expect to see a rise in CPA’s across the board as brands invest heavily in acquiring new users. 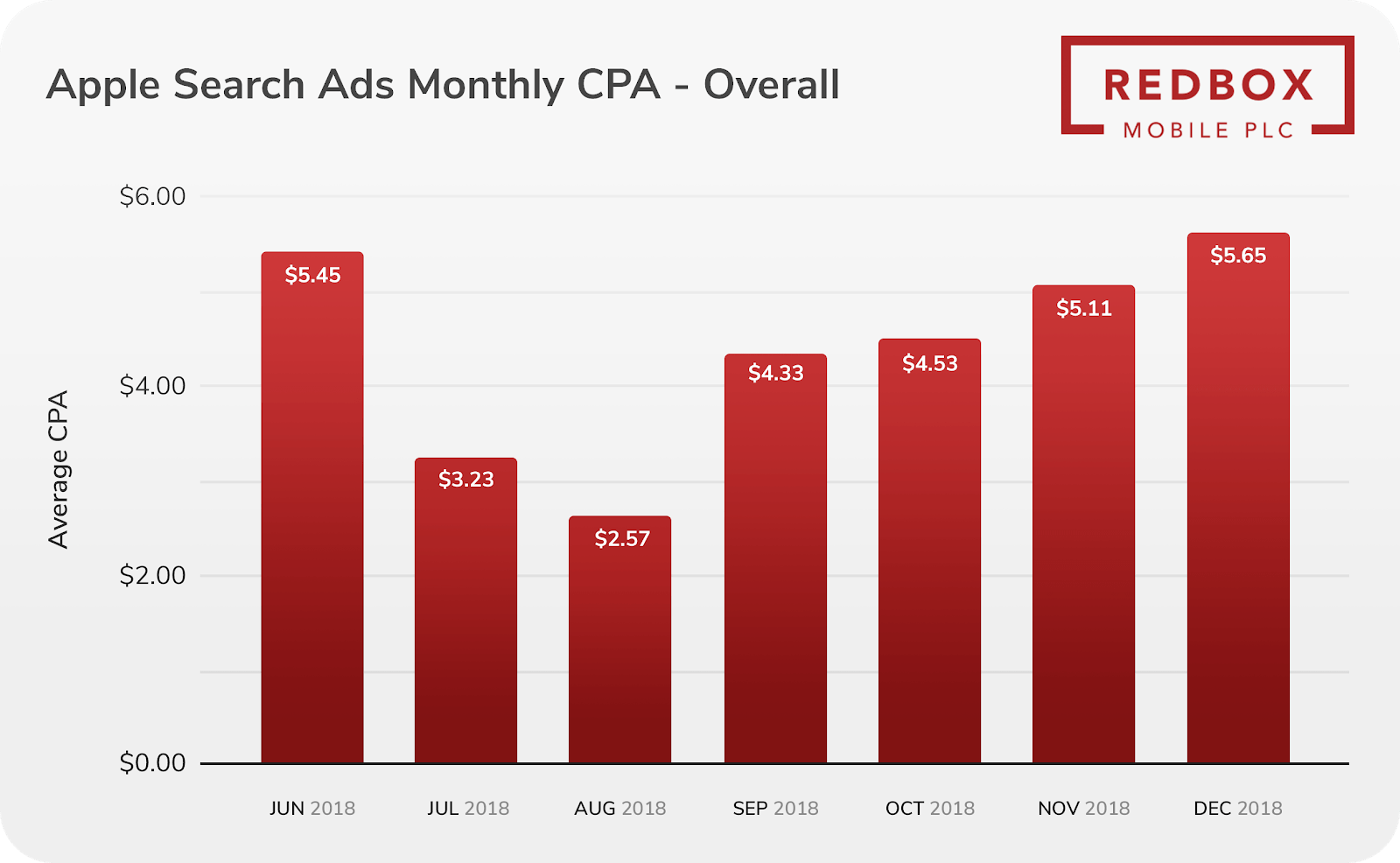 Despite it being the busiest month of the year for mobile advertising investment, the actual rise in CPA from November to December was only 0.54% from $5.11 to $5.65. This still represents the highest point that we had seen the CPA since June 2018 when World Cup campaigns in the Sports category caused the CPA to rise significantly. Overall, the price variance of the four months from September to December 2018 has remained relatively steady at an average of $4.90. The average price over the seven months that we have been publishing the data for sits at $4.40 and so it will be interesting to see how this settles throughout 12 months.

In December we saw an Average Cost Per Tap (CPT) of $2.35; this is 15.8% and 35.8% higher than October and November, respectively. The price an individual pays for a tap is determined by how much an app's nearest competitor is willing to pay, up to the app's maximum CPT Bid. Therefore, if other app developers are willing to pay more, the price of CPT goes up. 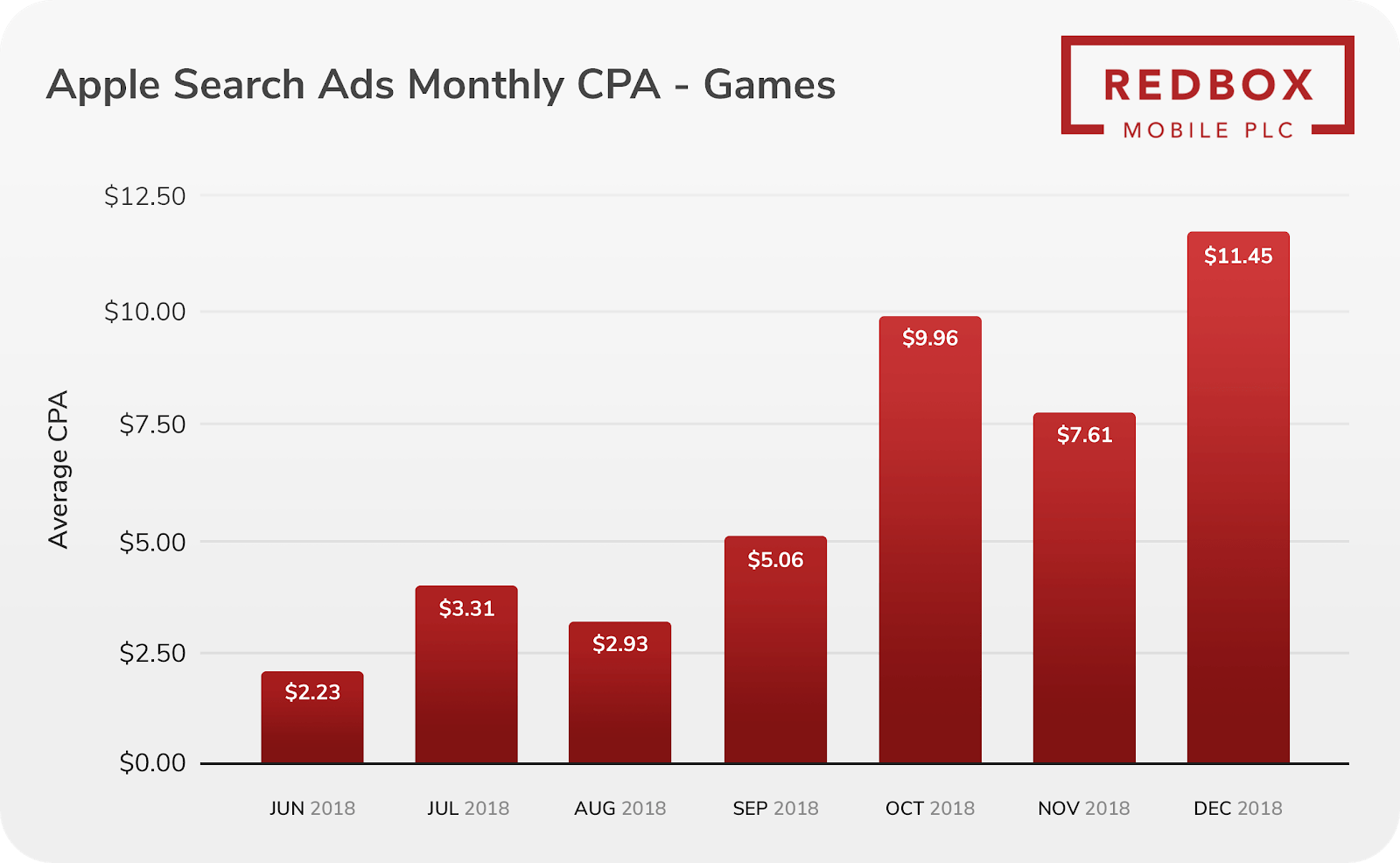 It is of little surprise that we saw a significant spike of the Games CPA to its highest point of $11.45 in December 2018, as it continues to remain the most competitive category for app developers due to the high LTV of many apps. It is essential to bear in mind that due to the way Apple categorises its apps, it is currently tough to differentiate between traditional video games and casino-style gaming apps, with the result that both kinds of app appear in the category results. 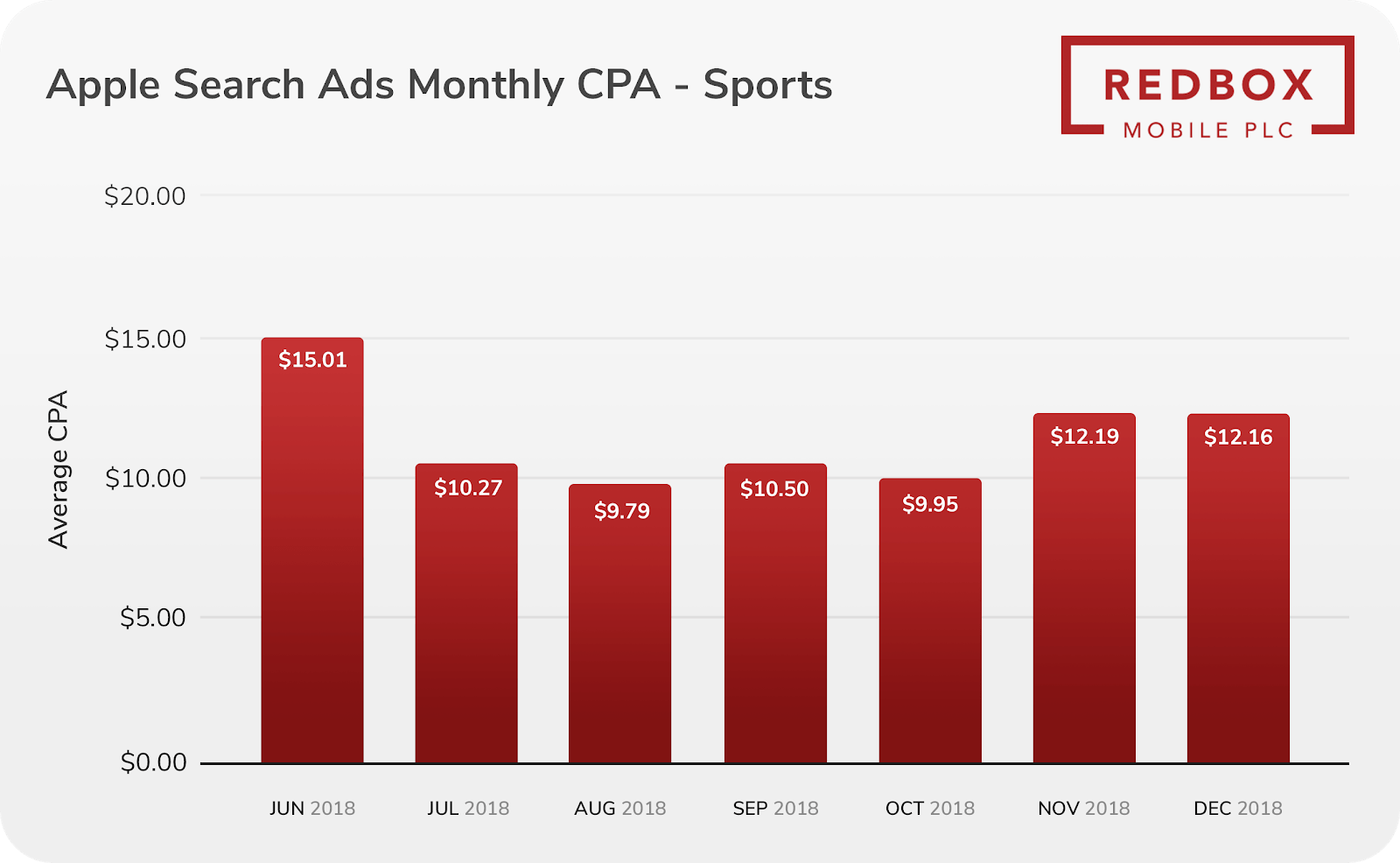 Due to the dominance of betting apps, sports remains the category with the highest CPA, although it is the only category that saw a drop in the December CPA compared to November, with a small decrease of 0.2%. The overall average for the seven months from June to December 2018 is $11.41. There appears to be far less total price fluctuation in the category with a variance of 50% between the lowest price in August and the highest in June compared to the games category which saw a 400% increase between lowest and highest. 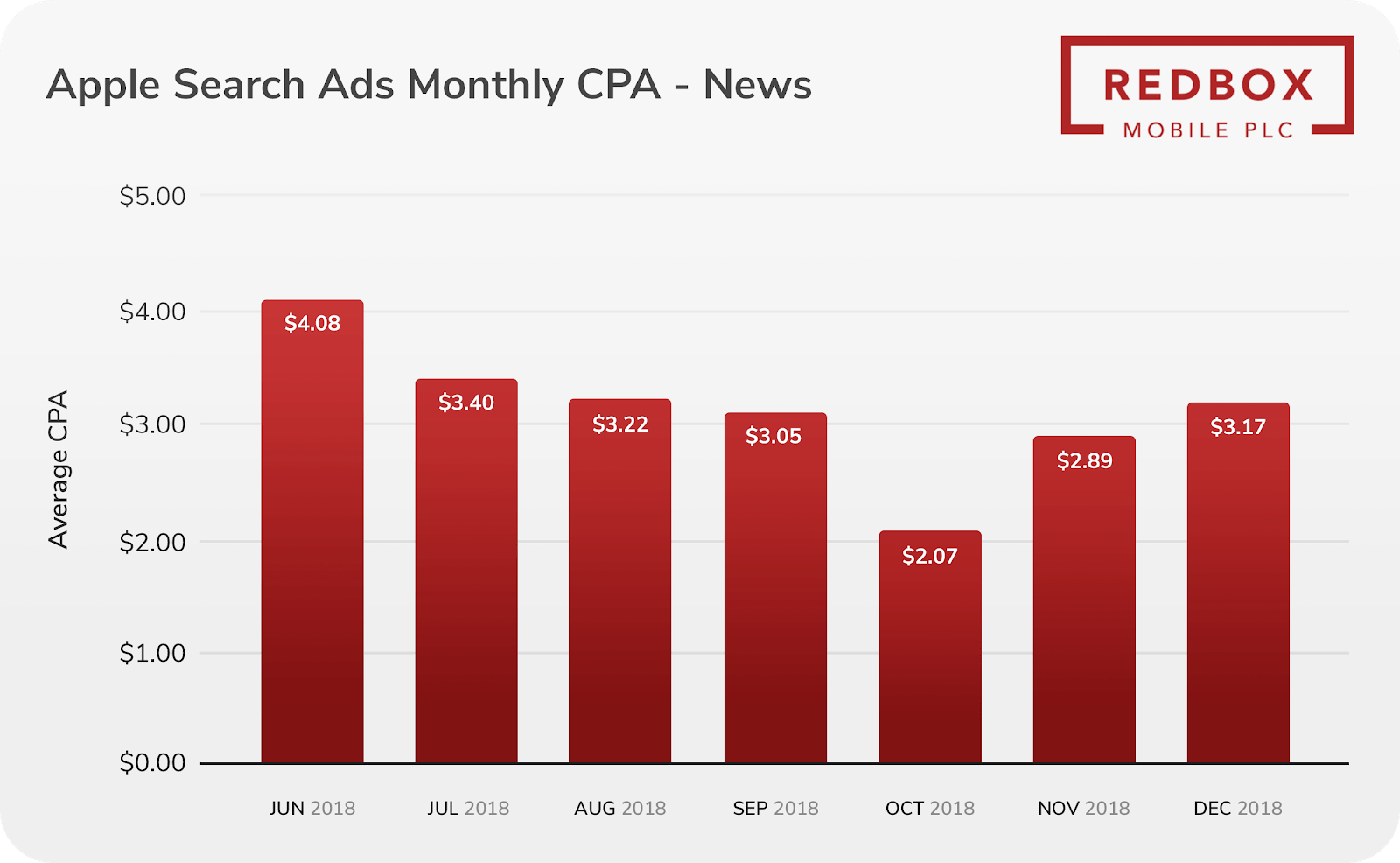 News remains a less competitive keyword category which is reflected in the lower CPAs and the overall stability of the pricing.

After a high of $4.08 in June, we can see that the CPA trended downwards towards the end of the year with a slight increase in December of 9.6% due to the rise of promotions in December around Christmas. Overall, the category has an average CPA of $3.12 in the seven months from June to December 2018.