Screenshots: The Shop Window Of Your App

Visuals play a key role in the journey for a user while on the app stores and downloading apps. They are 10 times more likely to scroll through the screenshot preview gallery than they are expanding the description, so it is crucial that the screenshots “sell” the app and become embedded in the user’s life. What is the main aim of screenshots? Simply put, it is to drive installs.

Users on the app store have an intent: to search for and download an app. These may be specific searches like ‘Facebook’ or a theme, like ‘fitness apps’. Either way, you have a warm audience, so utilising the screenshots to stand out from competitors is vital and will drive installs.

How to decide what to display:

If you are struggling to decide what to display in the screenshots, then first ask yourself “Why would a user want to download this app? What goal would they want to achieve from downloading the app? What is the unique selling point of the app? What do you want the user to do while using your app?”. 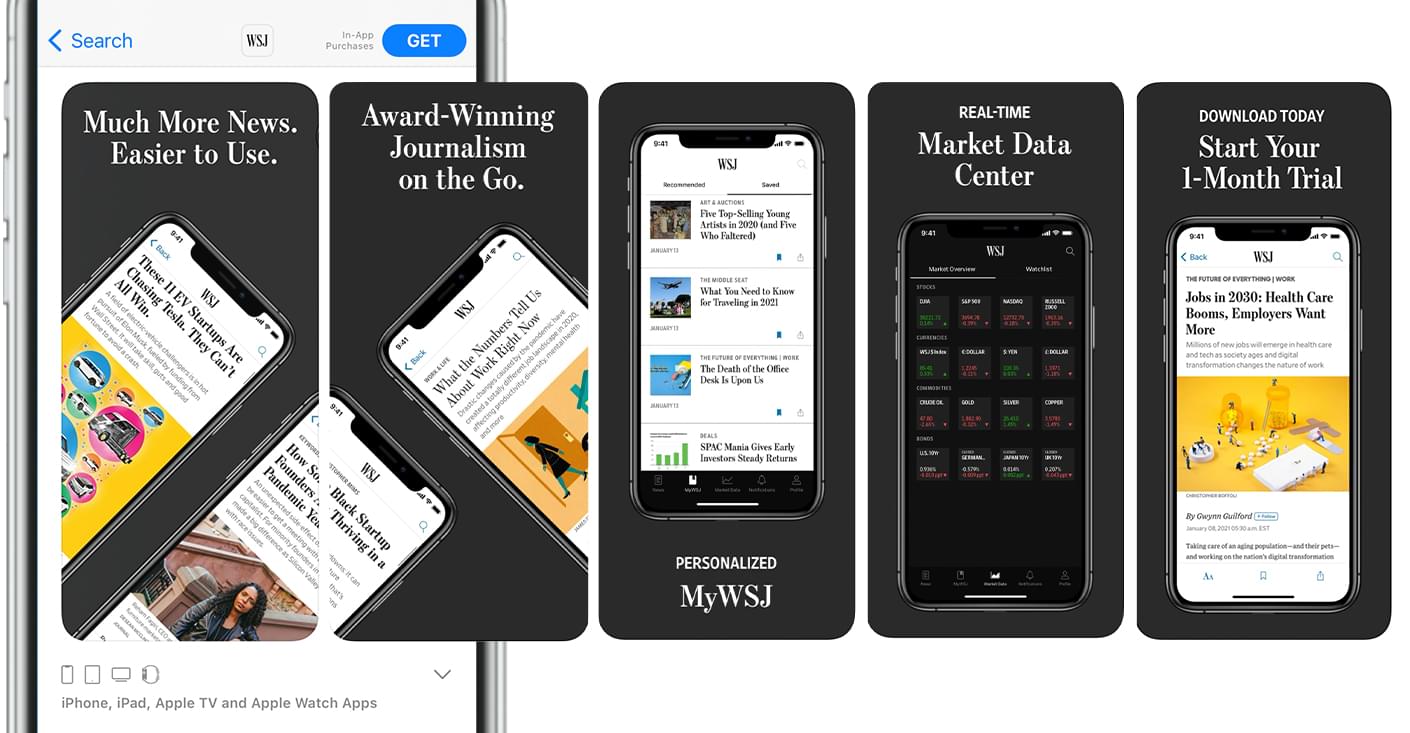 Screenshots need to show clearly what your app looks like and communicate how the user would use the app. But this also needs to be shown in an engaging and eye-catching way that clearly highlights the main features and functions of the app.

How many screenshots? Set Testing? 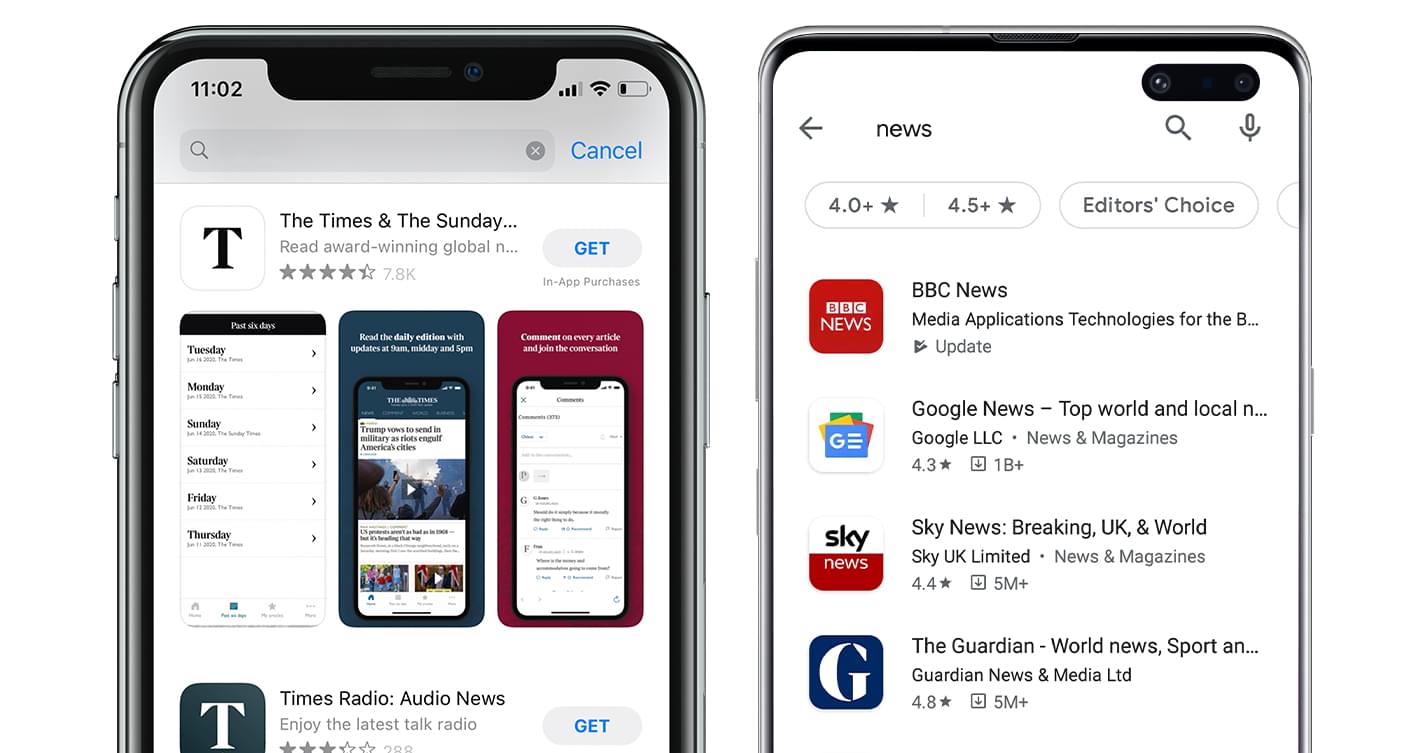 Screenshots play a larger role on the App Store as they show the first 3 screenshots (1 if landscape) in the search results, compared to Play Store that only shows the icon. The App Store allows 10 screenshots and Google Play Store requires 8, and we suggest you utilise all of the allowance as it allows more imagery for the Creative Sets. 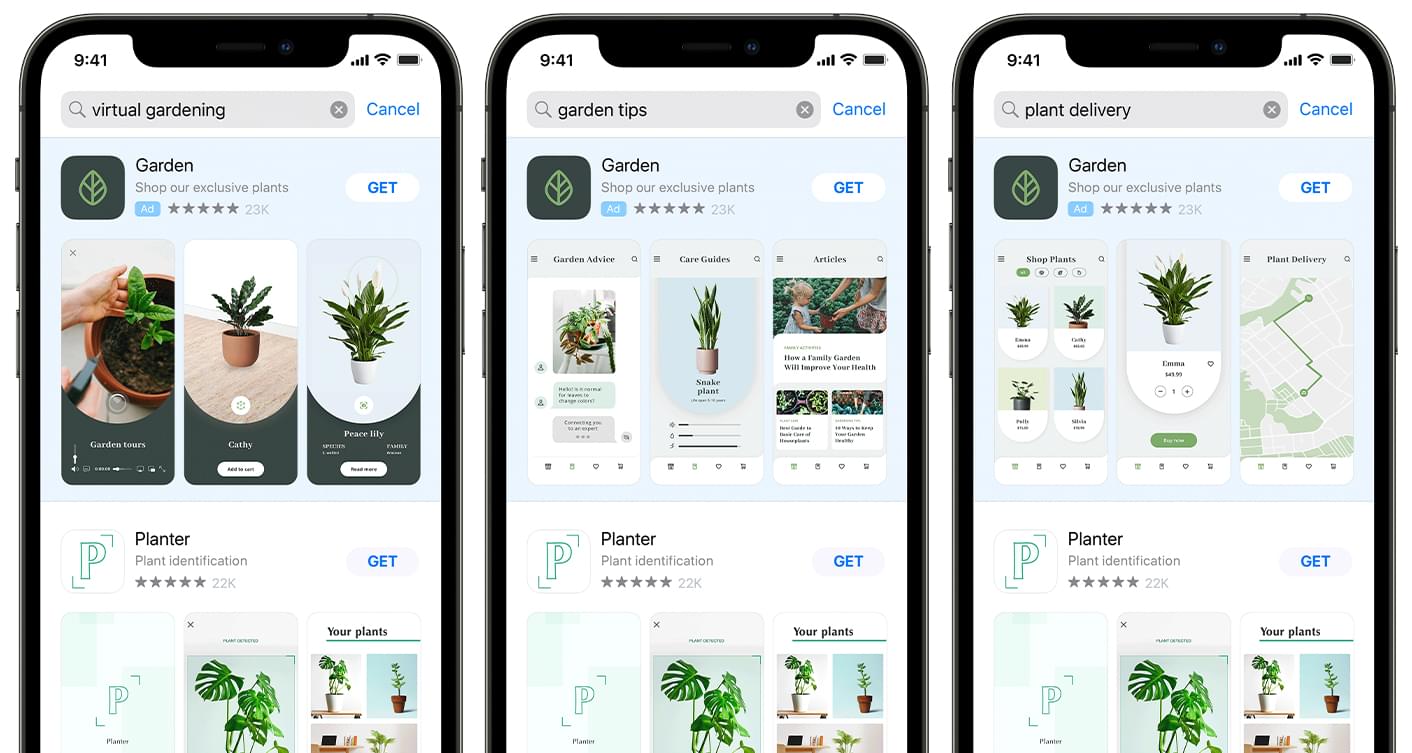 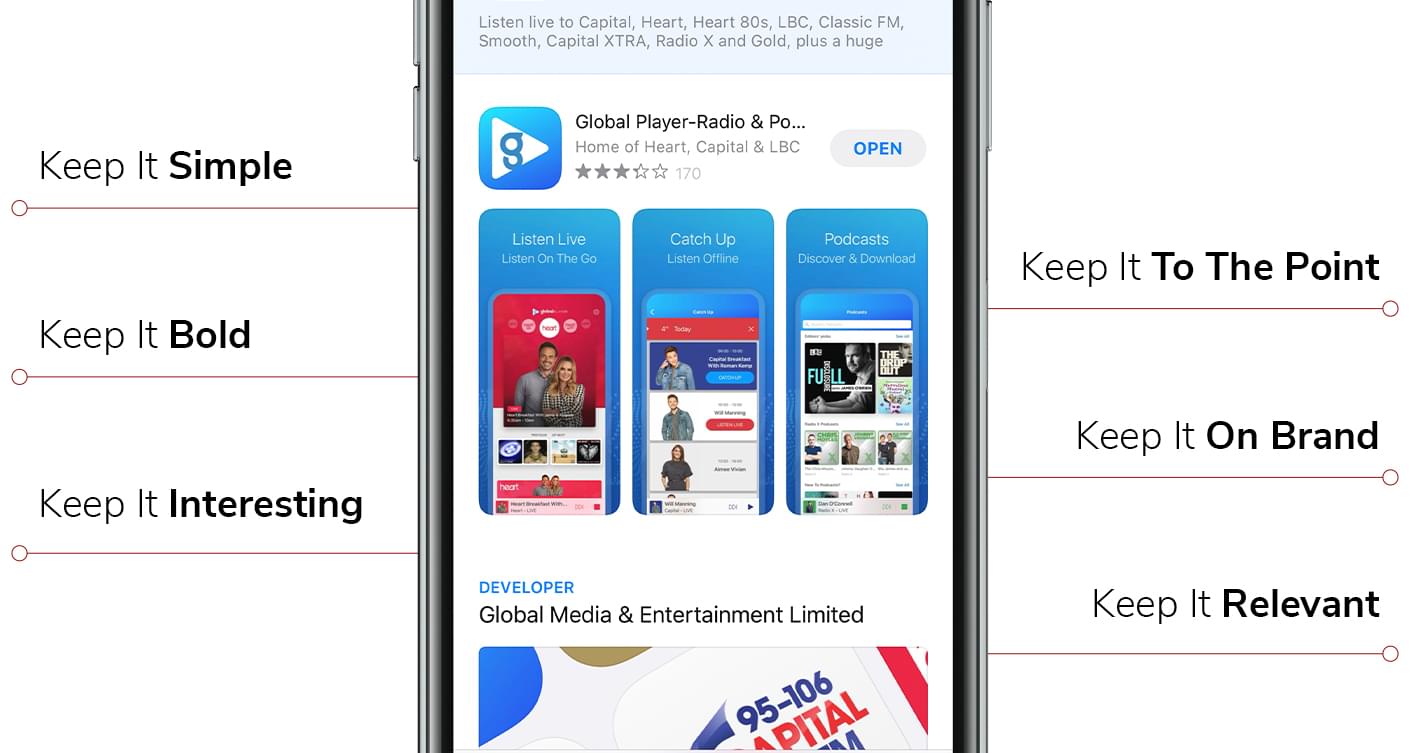 People will spend 7 seconds on the app landing page before downloading, so give the core message to the user within the first screenshot. I know it is really easy to “over-design” screenshots on the app store, but keep the design and message simple. Screenshots are a way of showing the user the app interface and unique features, so let them see this! The more imagery you use, the less the user will focus on the screenshots.

Screenshots need to stand out on the app store. Look at your competitors, see what colours they are using, and see how you can use colour and imagery to stay ahead of the rest. The higher the contrast between the text and background the better, as this is easier to read and requires less concentration from the user.

Screenshots are the windows to your app, making them engaging will increase the amount of users that will scroll through the previews and download the app. Play around with layout, panoramic layouts and W-patterned layouts makes the screenshots flow better. Too much going on in 1 screenshot? Enlarge parts of the UI to keep the panel simple whilst also helping the user to see the important parts of the screens.

Keep It To The Point

You should be able to explain each feature of the app using 5 words or less; too much text, the user will click off and look at competitors. Only 4% of users will expand the screenshots, so use a large enough text size so that the user can read the text without enlarging.

Keep It On Brand

The user should have a seamless journey from seeing advertisements for your app to the install stage. Make sure that all of your assets (social media posts, advertisements, screenshots, and the app itself) all look cohesive and work in harmony with each other. This increases brand awareness and recognition.

When using imagery in screenshots, make sure that it makes across the app’s different territories. It creates a personalised experience if the imagery and text is localised for each territory.

Screenshots should be evergreen - they should stand the test of time with minimal changes visually.

For advice and support creating the perfect set of screenshots, please get in touch with our Creative Team!

Other blogs that you may find interesting: