The Chinese App Market - What You Need To Know

Mobile World Congress is underway and the Redbox Mobile team are set up and ready for action. This year MWC is held in Shanghai in addition to Barcelona, so we thought it the perfect opportunity to take a look at the Chinese app market.

Having overtaken Japan earlier in the year and looking set to knock the U.S off the top spot by the end of this year, China represents a massive opportunity for app developers.  It’s likely an ambition of yours to get your app known in China and rightly so the country has already has more than half of all app downloads in the entire world and with its continual growth it's the ideal time to get your app optimized for the Chinese market.

The Chinese app market is very different from other app markets around the world. 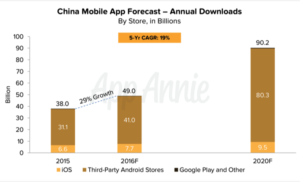 We've researched some of the main points you need to know.

This should be a major priority when it comes to cracking the Chinese market. 95% of China's mobile subscribers speak mandarin so it is essential your app is translated and targeted within that territory. As well as language an app needs to be localized to meet local culture and customs. Think about culture specific content, if it has a Western setting it will not appeal to the user. Localize app metadata such as title, keywords, descriptions and screenshots; it’s not as simple as just translating words, research what users from different markets value in an app in your category.

Most of China’s app market is taken up with Android users, but unlike the rest of the world Google Play has no presence. Instead there are hundreds of third party App Stores, making it difficult to reach a wide enough audience. You need to have your app published in many app stores to cover the market. If you’re an iOS app developer its slightly easier as there is already a good iOS presence in China but the number of iOS users compared to Android is small. 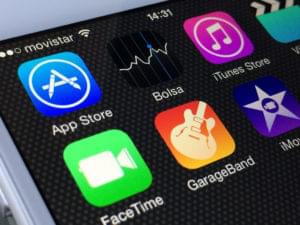 With the size of the China market makes it easy copycats to make an appearance once your app starts to attract users. It is vital to stay ahead of this problem, by constantly updating and improving your app. This will keep your users interested and you ahead of the competition.

Social Media is big in China, they don’t use sites such as Facebook or Twitter but they do have their own versions, Weibo and WeChat. Intergrate with these social platforms, create accounts and start promoting your app.

No matter how different the Chinese market seems from UK and US it is important to remember that they all have one thing in common user experience.

Be focused, do the research, know your audience and the possibility of taking your app to China won’t seem like such as distant dream.