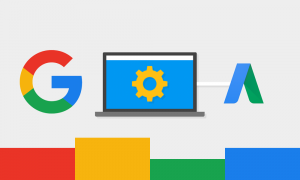 Google first introduced UACs two years ago to make it easier for you to grow your app business. Google UACs can be used to promote either Android or iOS apps (only across Google Search, YouTube and the Display Network for iOS apps). UACs are not only easy and quick to set up, but on average drive 140% more conversions per dollar than other Google app promotion products. A Google UAC uses machine learning to optimise bids, ad placements and demographics and only require marketers to enter a target KPI, a daily budget and ad text.

So, will UACs do app marketers out of a job? Not just yet.

Google UACs promote apps across Google Search, Google Play, YouTube and within other apps and mobile websites on the Display Network. In contrast to traditional Google app install campaigns, you cannot target specific networks in UACs. Similarly, demographic targeting is limited. While you can broadly target locations (each Google Play Store country that the app is available in), you cannot target gender, age or device. UACs optimise the ad placement based on performance. For example, if the app is not available on iPad, the app’s UAC will start showing ads on iPad devices but will learn quickly that the iPad ads do not perform well and the campaign will stop showing the ads on iPad devices.

The Universal Audience forces you to entrust machine learning with choosing the targeting rather than rely on preconceived ideas about your best audience. However, this does also mean that when you start a UAC, it will be in the learning and testing phase irrespective of insights from previous test budgets.

UACs do not require and do not allow the input of keywords, negative keywords or customised keyword bids. AdWords automates the targeting and the bids based on your target KPI. In a UAC, you can set a target Cost-Per-Install (tCPI), a target Cost-Per-Action (tCPA) or a target Return-On-Ad-Spend (tROAS; currently in Alpha), depending on the purpose of the campaign.

The campaign uses machine learning to decide where an ad is placed by analysing hundreds of millions of potential signal combinations in real time based on creative and keyword performance data. The initial learning phase typically takes between two and four weeks, in which no major changes should be made to the campaign. So, unlike traditional paid search campaigns, keywords do not need customised bids because the campaign runs on a universal target.

Once this stage is complete, budgets and tCPI/tCPA should only be changed by no more than 20% at a time. Google UACs conversions can be tracked through Google Analytics for Firebase, Google Play or Third-Party App Attribution partners. While Android app downloads are tracked automatically through Google Play, iOS app installs and Android first opens require either Google Analytics for Firebase or Third-Party App Attribution partner conversion tracking to be set up.

Unlike traditional mobile app install campaigns, UAC does not give the user the option to upload customisable ads; instead, AdWords automatically creates the ads from the uploaded creative assets. You can upload a maximum of 20 images, 20 videos and four independent text ideas, and Google will create ads from these creative assets.

Google advise to upload many kinds of ad text, image and video assets, which align with the campaign goal, whether the call to action of the campaign is for the user to install or complete an in-app action. The engaging videos and images should be of different orientations and dimensions to maximise the visibility of the ad. The variety of visuals will maximise the reach because the different UAC networks require visuals of different dimensions and users will hold their devices in both portrait and landscape. If you do not upload sufficient creatives for the ad, Google will create a basic ad using the app’s store listing; therefore, it is worth the extra effort of uploading your own creative assets!

Google declare that their system will test different combinations and show ads that are performing the best more often, with no extra work needed from the marketer. And while Google have impressive statistics to support such claims, like any paid search campaigns, an optimised and monitored campaign will outperform campaigns that are just set up and left to run.

Although optimisation may appear limited for UACs, Google’s recently launched Creative Asset Reporting gives marketers an opportunity to enhance the campaign performance. Google’s Creative Asset Reporting will provide information on the performance of each individual image, video and text idea; rating assets as “learning”, “low”, “good”, or “best”. This report will allow marketers to engage which assets are not working (grouped as “low”) and which are (grouped as “best” and “good”). A high performing campaign should be regularly replacing creatives that are rated as “low” with new creatives to test. However, it is important to remember that Google currently only report performance of each creative asset but Google is developing more transparency around performance of creative asset combinations.

Despite the developed machine learning and the great statistics collected, UACs still require a marketer to drive optimum performance. UACs force app marketers to take a different, but a more valuable, approach to adjusting paid search campaigns for apps. Instead of app marketers spending time fine-tuning bids and adding irrelevant searches as negative keywords, marketers can direct their attention to analysing creative asset performance and enhancing creatives. Overall, we think Google’s move to make UACs truly universal is great news for marketers and will lead to more effective and efficient campaigns. We are excited to see the new UAC features Google will launch, especially the promise of more transparency, inputs and formats.

Get in touch with Redbox Mobile to find out how app marketers still have a role to play in Google UAC campaigns!