‘Gather Round’ - Apple’s latest announcement, in case you missed it

Yesterday Apple treated us all to a 2-hour, in-depth talk about the release of three new iPhones, as well as two new Apple Watch sizes at their annual launch event in San Francisco.

The two new iPhone models mentioned were the Xs and Xs Max. The iPhone Xs is set to replace the company’s 2017 product, the iPhone X. The other, the iPhone Xs Max is a bigger version coming in at a whopping 6.5” screen, the largest screen size ever seen on an iPhone! The smaller of the two has a 5.8” screen - the same as the existing iPhone X. The existing Black & White colours were shown with a new Gold colour device added to the lineup for those of us that like to jazz things up a bit. 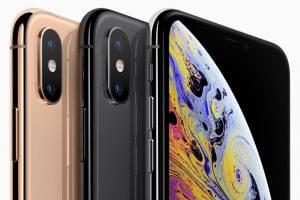 After revealing other key information about the new products such as performance, battery and camera improvements. Apple revealed a brand-new line to replace the existing iPhone 8 and iPhone 8 Plus - The iPhone XR! This phone, released to be a slightly more reasonable priced product as the iPhone 8 and 8 Plus was for the iPhone X, has a single lens camera with an 6.1” screen and comes in 6 colours: Black, White, Red, Blue, Coral & Yellow. 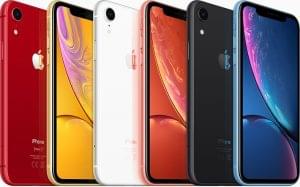 But what do these new sizes mean for App Store content?

Well, it’s hard to say exactly. Seeing as this was Apple’s hardware announcement.

What we do know is that Apple have now updated App Store Connect to require developers to upload 5.8” screenshots for their apps, with 6.5” screenshots required from March 2019 and onwards.

5.8” Screenshots will no longer be optional in the App Store

In other exciting news, Apple revealed the biggest redesign to the Apple Watch since it went on sale. As well as a larger watch face, new features like the first publicly available ECG and Haptic Digital Crown were added. The screen also fills more of the Watch face too - in-line with the striking iPhone X line.

Apple also revealed that iOS 12, watchOS 5 and tvOS 12 will all be released on 17th September, with an update to HomePod bringing new features like multiple timers, phone calling & more. Apple’s macOS version 10.14 will be released a week later to consumers on 24th September.

Here are the base prices for the products revealed by Apple: