Why you need to invest in App Store Optimization

As the number of apps in the App Stores has grown, the chance of being found has dramatically dropped. App marketers have realised the importance of being able to find an app and thus started trying to improve app rankings, which has led to the creation of App Store Optimization.

In simple terms App Store Optimization or ASO is the process of improving the visibility of an app in an App Store, such as Google Play for Android or Apple App Store for iOS. The higher your app ranks the more visible it will be to potential users, which will in turn drive traffic to your app page and encourage users to download your app. Think of it as SEO for apps, we all know how important SEO is for website visibility and it’s no different when it comes to ASO for apps. 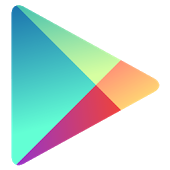 Why you need ASO

Getting an app discovered is one of the biggest issues facing app publishers today, as 65% of apps are discovered through organic search. Just like SEO the process of App Store Optimization is essential to any app marketing strategy and combines a wide range of highly important features. It is vital these are paid close attention to and are fully understood. A few of these include title, keywords, ratings and reviews, but continual monitoring and adapting to your users is a fundamental part of good ASO.

Visuals also play an increasingly important role in app success; this means your app icon and screenshots. If your screenshots are created with ASO in mind you will see more users downloading your app. A/B testing app screenshots will help you to see which ones make conversions. A well optimized icon will also help conversions even after the app has been installed. Why? Because the average smartphone user has around 42 apps installed, but only used 10 of those on a regular basis, meaning your icon needs to STAND OUT.

App Store Optimization is vital to improving your app visibility and increasing downloads, which means it’s highly important that it is implemented correctly. Apple and Google Play have strict ever-changing rules regarding apps and if you do not adhere to those, your app will be removed. A full analysis of your current app performance is necessary in order to decipher changes that may need to be made. The result of these changes will lead to your app ranking in the top 10 of relevant searches. Which will then lead to an increase in downloads from the ‘right’ user, increased revenue and user engagement.

For ASO to be effective an in-depth understanding of who your apps target audience is and what keywords they use to search for similar apps is necessary. This is not just a cut and paste of what works in SEO, user behaviour has proved different in many ways with web vs. mobile and it’s certainly no different inside the App Store either.

One size doesn’t fit all

There are a number of online guides explaining how to implement ASO, which leads many into the false sense that anyone can do it. App Store Optimization is a process that needs to be tweaked according to the individual app. Although general rules apply to all apps, working on this alone will not lead to success if you are not listening to the buzz around your app.

The exact ranking algorithms that are used by Apple and Google are unknown (despite what others in the market place might say) and they often change. This is why App Store Optimization is a process that needs to be constantly monitored and tweaked over a period of time. We consider a wide range of apps to understand algorithm changes, as well as using our own internal tools. You must keep up-to-date with the latest App Store changes to avoid your app being lost or removed. An understanding of the analytics behind ASO is also important, without this you will be unable to tell if the ASO you have implement is working and if not, what you need to do to improve it. Data is our number driver and it should be yours too!

It is crucial to have the correct knowledge of how each element of App Store Optimization works in order to achieve the best results. Implementing ASO incorrectly could be detrimental to your app so take your time and make sure you are making the right decisions for your app.