No, ‘short selling’, where investors try to make money by betting a company’s share price will fall has taken the spotlight in the States thanks to a forum on the social media site Reddit called ‘r/wallstreetbets’ fuelling massive gains in GamesStop, the US games retailer, along with a number of other companies.

Short selling works when, for example, a hedge fund borrows shares in a company from other investors and sells the shares on the markets for $20 each, waits until they fall backdown to $10, and then buys them back. The borrowed shares are then returned to the original owner and the hedge fund pockets a profit.

Short sellers had bet that Texas-based company GameStop, with more than 5,000 stores in malls across the world, could be badly hit by the pandemic influenced economic downturn. A surge in interest in the company on Reddit and other social media platforms has instead sent GameStop’s share price through the proverbial roof. Some chat groups communities of traders have adopted a ‘game’ mentality, deliberately buying GameStop shares because they were shorted.

The Reddit community r/wallstreetbets, with 2.8 million members, has seen its users encourage each other to keep buying, thus pushing the GameStop stock even higher. 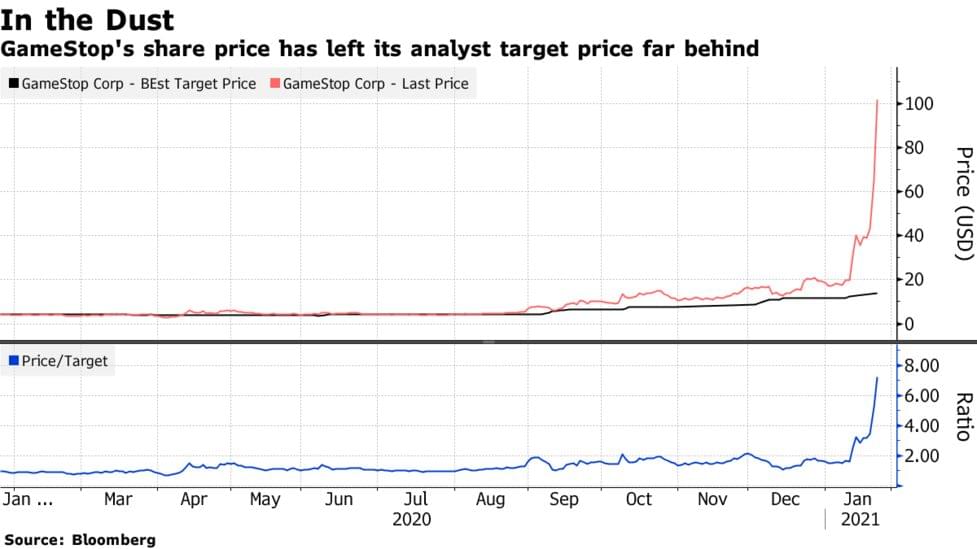 Amateur trader Redditors challenging Wall Street appears to have resulted in a huge amount of interest in share trading apps with people looking to get in on the action. Apps like Robinhood and WeBull have climbed in U.S. iPhone app rankings while a charge of retail investors have challenged GameStop short sellers in online forums.

The charge of Redditors taking on Wall Street appears to have resulted in a usage boom for share trading apps mostly used by younger, millennial traders. Robinhood has hit a record rank of No. 8 of top iOS apps in the U.S. overall, its highest ranking to date. 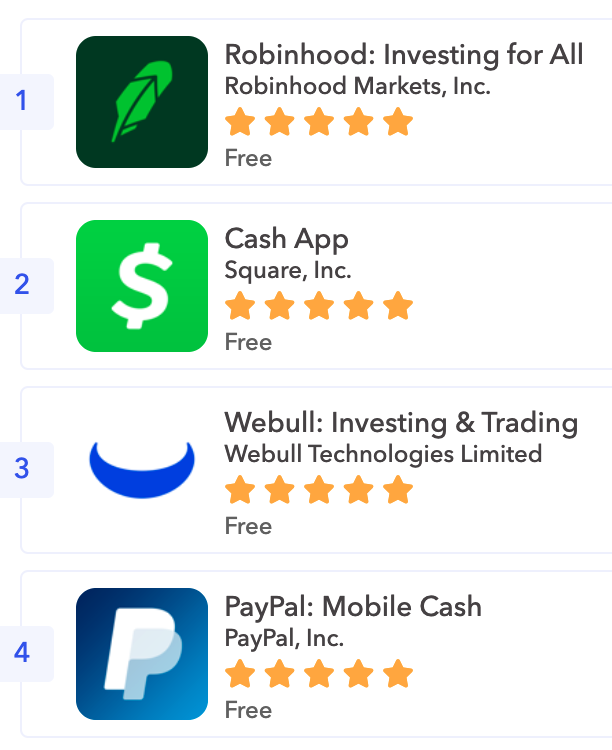 The popularity of Robinhood has seen its app usage steadily climb over the past couple of weeks, with the number of daily sessions, registered when a user opens an app, increasing to nearly 3.8 million on Jan. 26 from almost 3.6 million on Jan. 17.

Robinhood was ranked the No. 1 financial app on iPhones Tuesday, according to App Annie. Another trading platform, WeBull, also surged in popularity, climbing to the No. 9 spot amongst other finance apps. 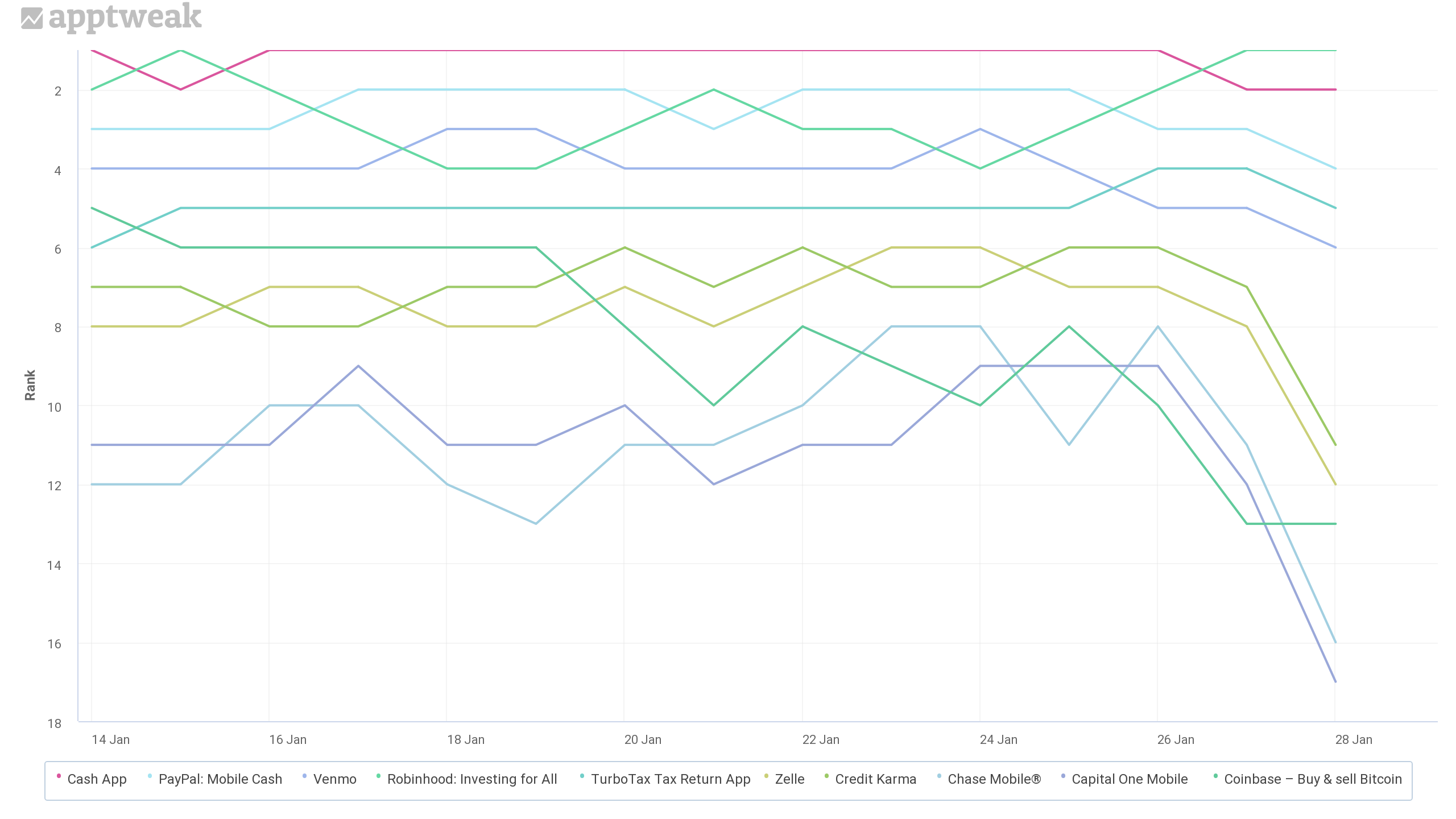 GameStop, in extended trading on Tuesday, leaped more than 60%, eventually hitting a high of $360. The jump was helped in no small part by Tesla CEO Elon Musk tweeting about the issue and linking to the ‘r/wallstreetbets’ subreddit.

GameStop made heavy losses last year and has been generally described as "failing" is the most shorted stock on Wall Street. Some 30% of its shares are owned by hedge fund borrowers. In the last week, the amateur investors who follow ‘r/wallstreetbets’ have thrown money into buying the company's stock with the aim of pushing up the price.

Should the price rise, short sellers face big losses and they need to buy back the shares they have borrowed quickly to prevent bigger losses. Yet, buying back the shares only adds to demand for the stock and pushes its price higher still.

Reddit moderators briefly closed ‘r/wallstreetbets’ - where amateur traders share their investment tips - to public view on Wednesday after a surge in interest, but it has since reopened.

GameStop is not the only company being targeted, Redditors are now focussing their attention other companies that have been heavily shorted by hedge funds, including AMC Entertainment, Koss Corp and BlackBerry. All enjoyed a share price jump on Wednesday, only to fall back overnight.

The massive GameStop share surge seems to not just be about the company, a loss-making gaming retailer, but more about a fight between Wall Street fund managers and individual investors organising online. The Reddit chat threads seem to indicate that the trading battle with Wall Street is personal with a distinct theme of robbing the undeserving rich to give to the millennial 'poor'.

The short selling of GameStop has even caught the attention of the new White House admisistration, Press secretary Jen Psaki has said that President Joe Biden’s economic team was “monitoring the situation.”